Craft beer in Ontario is booming, as we have seen in major metropolitan centres like Toronto, but it’s not the only region that seeing more and more breweries popping up. Considering how I’m getting into the beer industry and had nothing better to do during reading week, I decided to check out several breweries just west of Hamilton. I sent a message out to my classmates to let them know that I had some space in my car and was able to round up 3 people to come with me. For many of us it was our first time going out to these breweries and checking out that part of Ontario.

Using the Craft Brewery map from the Ontario Beverage Network I threw together the following list of locations to visit: 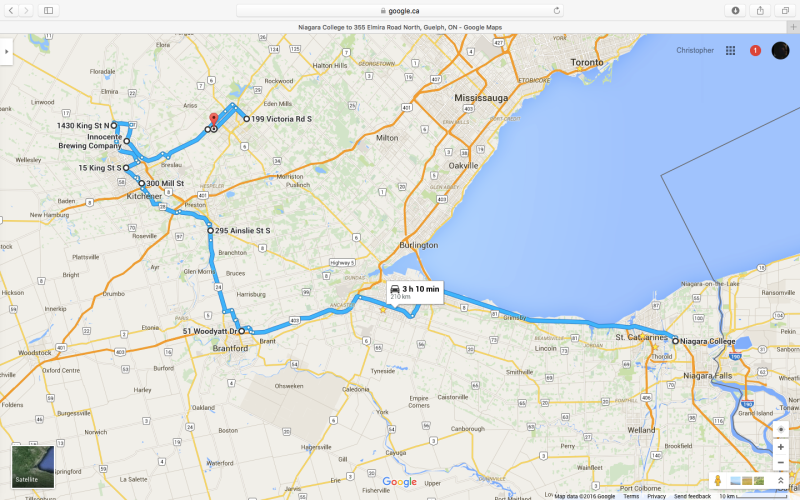 The biggest part of our trip was getting out of St. Catharines

In order to get to as many breweries as possible we left St. Catharines at 9:30 to arrive at Bell City 15 – 20 minutes before they opened. It was a bit awkward waiting for them to open, but we were on a pretty tight itinerary and didn’t want to miss out too many later stops during our trip. At 11am on the dot we headed into Bell City and were greeted by one of the owners, Dennis. He was a really chatty fellow who told us all about kinds of things the brewery was about and what their inspirations were. Lots of the beers are named after famous inventors, or related to them in some way. I’ve heard of some bad experiences from their products but was extremely pleased with what that had to offer on tap. I really enjoyed their products, and found their Kölsch to be one of the better Ontario offerings for the category. 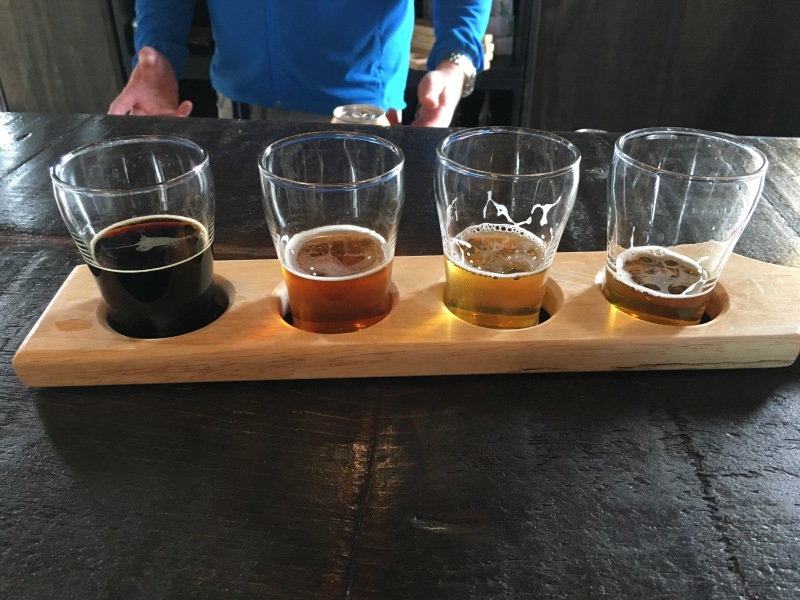 After tasting everything they produce, Dennis took us around back to give us a quick tour of their brewery. They have lots of space for growth and are still pretty new, so at the moment it’s super sparse. It was really neat to check out a newer brewery on the market to get an idea of what to expect from a newer entrant.

Up next was Grand River Brewing, which are one of the breweries that I got introduced to back when I was just diving into craft beer. They are an older player in the Ontario Craft Beer market and were originally known for their sessionable but flavour packed beers. We almost weren’t able to get into the tap room because it wasn’t supposed to be open but mentioned that we were Niagara College Brewery students and they let it slide. We tried a few of their samples then were given a tour by one of their brewers (an NC alumni), James. 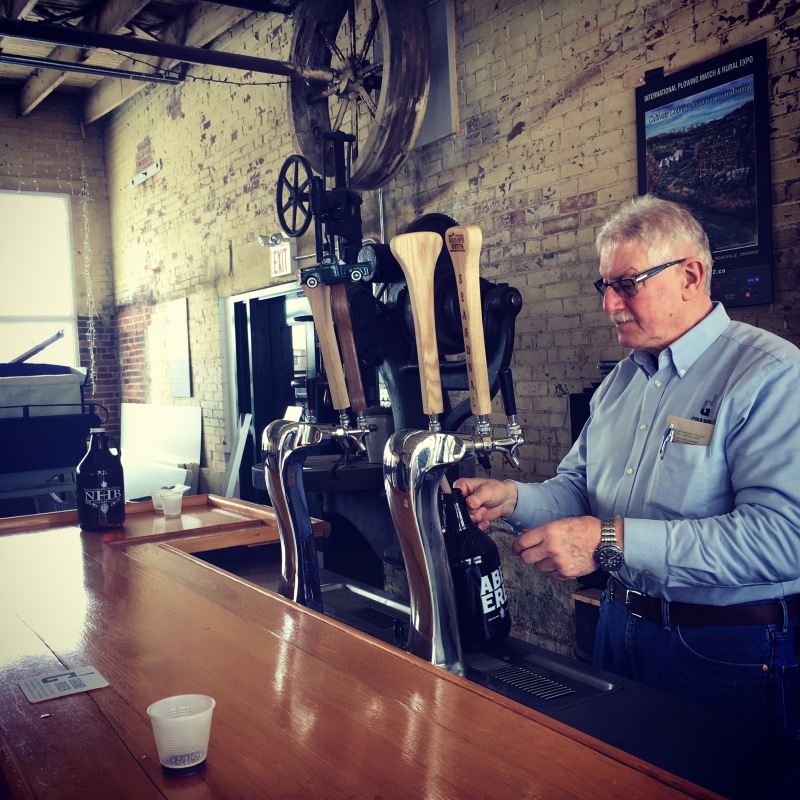 Grand Rivers tap room and brewery are an amazing sight

With a few bottles from the GRB Bottle shop in the trunk (including the must buys — Russian Gun and Galt Knife), we headed over to Kitchener for what was probably my favourite stop on the trip, Together We’re Bitter (TWB). They are a completely different beast compared to a lot of breweries, primarily because they are a co-op. Everyone who works there is also a shareholder of the business and work on whatever they can. There’s a lot of interesting scrappiness going on at this brewery in order to run as lean as possible. They have a beautiful taproom, and their brewery is an amalgamation of strange European equipment. 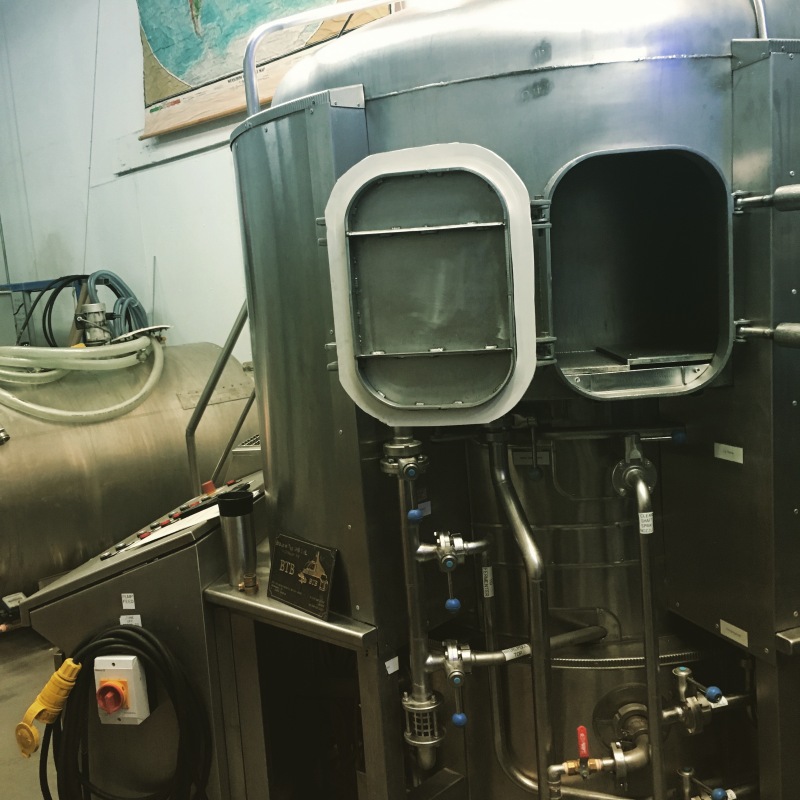 Alex was running their front of house that day and let us sample everything they had on tap. My favourites were their American Brown (reminded me very much of a beer V recently made) and their Wit. They also had two different takes on IPAs that we got to try side by side. Their American hop bomb stood out to me the most because on first sniff I got a bit of cattiness, meanwhile one of my classmates piked up black currants! It was super fun to see some of the polarizing sensory descriptions in action.

By now we were super hungry and it was time to grab a bite to eat. We headed into downtown Waterloo to grab some vittles and a pint at the Abe Erb Brewpub. When we arrived the two brewers were just finishing up their sparge and starting the boil. The air was full of that steamy mash aroma and about 5 minutes after we sat down it was replaced with hop aroma as they had just started their boil. The brewpub has a really nice atmosphere and their menu has great offerings for both meat and non-meat eaters. 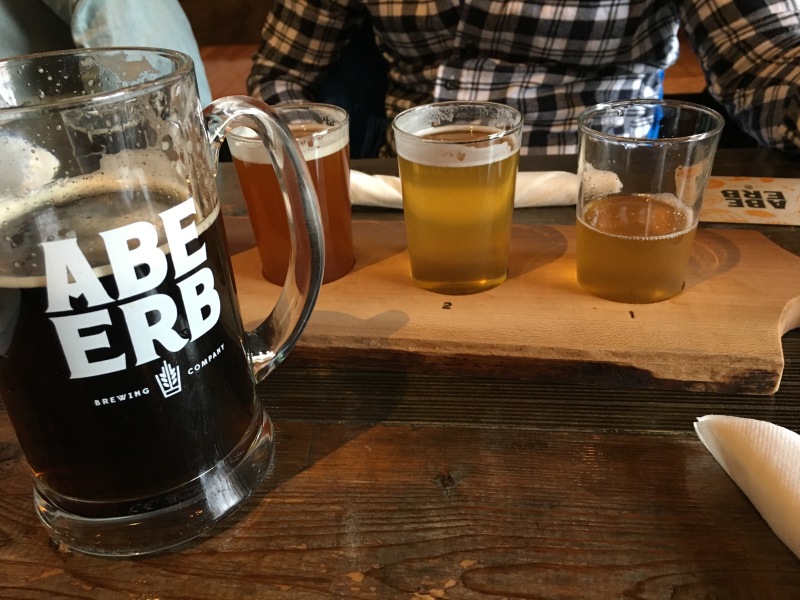 I opted for a pint of their Kentucky Common since I still had far too much driving to do for the rest of the day and wanted something with a low ABV. It was a nice beer though I couldn’t really describe much about it. Although the beer was a dark amber to brown colour, it was very crisp and refreshing. One of my classmates ordered a flight which included their Hefeweizen, and it was definitely a winner with lots of Banana esters on the nose.

The offerings at Abe Erbs bottle shop were a little lacking, so after we had paid our bills we hit the road to head into the outskirts of Waterloo for our next stop; which I’ll cover in part 2!

Turning a Danby Minifridge into a 1.5 keg keggerator