I’ve been on a lager kick as of late and after winning yeast as a prize I figured that the best use would be on something interesting. While checking out one of my favourite homebrew shops I noticed that there were some interesting strains in stock. One of which was the Fast Lager strain from White Labs.

Unfortunately, there is very little information on their website about it. “You need a lager fast, use this yeast” plus some attenuation information. This isn’t the most useful, so the best thing to do is to compare it to another yeast. I chose to go with a Kolsch strain since I know they perform pretty well at warm-ish temperatures while also giving some nice lager characteristics. If the fast lager didn’t work out, at least I’d have about 10L of something decent.

Although it’s not the most seasonal, I opted to brew up a Classic American Pilsner. It’s effectively a Pilsner though with some corn adjunct as was commonly used by American brewers back in the day. 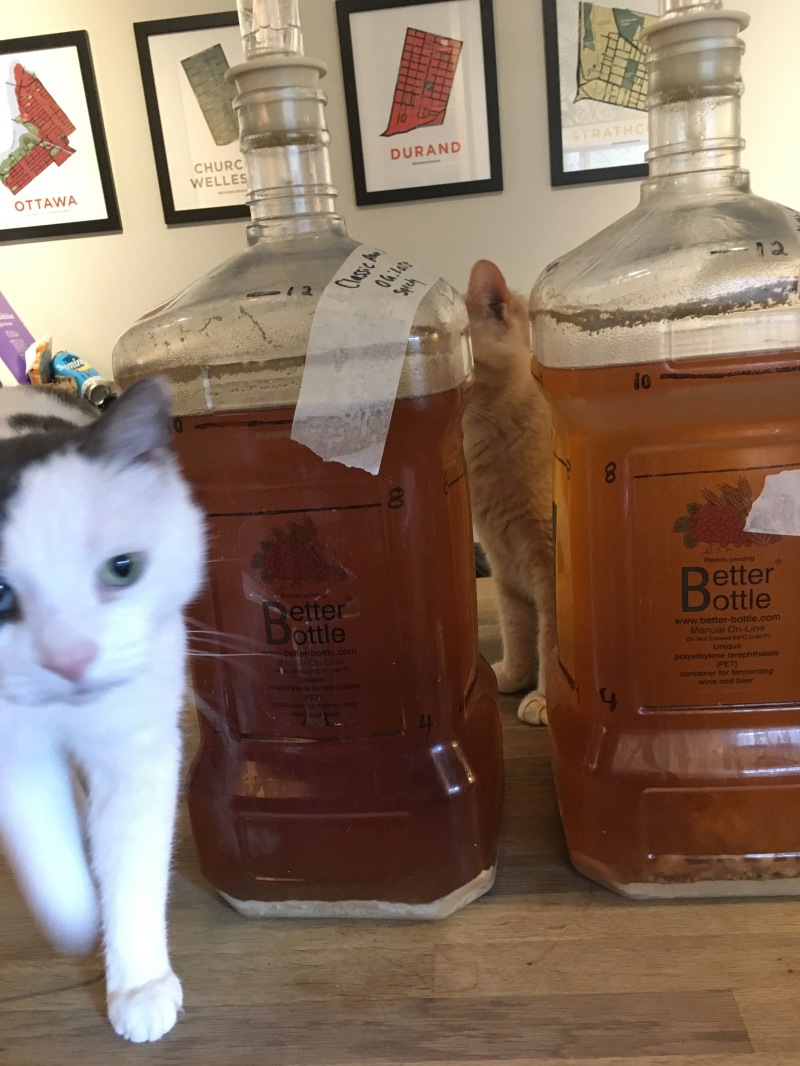 This beer ended up being a bit clearer and also appeared paler when the carboy was pulled out for packaging. When tasting, it is quite crisp and refreshing. It is also a tiny bit fruity.

Upon first inspection this appeared to be darker than the Kolsch strain, though when transferring it into the keg it was looking fairly clear. When poured into a glass it is visibly less clear, which is possibly due to yeast still being in suspension. I’ve been told that many lager strains aren’t extremely flocculent because it’s not really a requirement for many lager breweries. Most lagers are filtered, so much of the yeast will be pulled out during the filtration step anyway. The beer has quite a bit of sulfur going on, though more on the matchstick/good sulfur than something like DMS or farts.

I’m interested to give this yeast another try, especially if I want something that has more of the sulphur compounds that I really enjoy. I have a Dortmunder recipe that I found is quite pleasant when the sulphur levels are noticeable. However, if there were a clean lager than I wanted “quickly” I’d probably use something like a Kolsch strain or perhaps just a solid go to such as Zurich (S-189) or Munich (W34/70) lager yeasts.